Which colour temperature for LED?

With LED lighting you can now go in many directions when it comes to the light colour. It is also important to know that there can be a difference in the light intensity of LED lighting. Do you want to switch to LED? Then it is advisable, in addition to determining the correct colour temperature, to also look at the amount of lumen and the beam angle of a LED bulb. In this blog we explain which trade-offs should be made to ensure you end up with the right LED product. 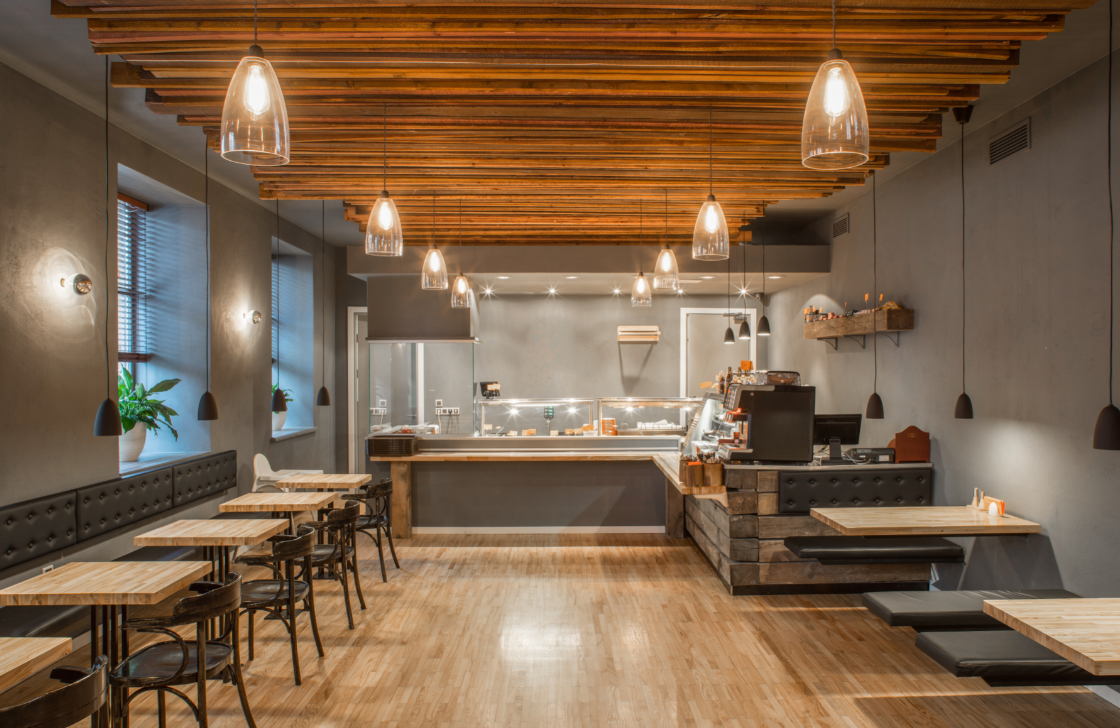 What is colour temperature?

Colour temperature in lighting simply means the tone of 'white light' in a light source. To make this extra clear, we take a white shirt as an example. When you put it next to a blue shirt, the shirt will still look white. However, if you place the same white shirt next to a brand new white shirt, the colour of the already used shirt may become slightly more blue. It works exactly the same with lighting. The moment you place LED bulbs with two different colour temperatures next to each other, the white light you see will also deviate. You can make it easy for yourself by buying LED lighting in the same colour temperature. Preferably also from the same brand. Why? The light intensity (the number of lumens) of a Philips E27 LED bulb can be higher or lower than the same E27 LED bulb from, for example, Noxion or Osram. It is also good to know that, in terms of colour temperature, very atmospheric LED lighting is now available in all shapes and sizes. This is especially appropriate for areas where a cozy atmosphere plays a major role, such as in the eatery in the photo on the right.

What are the different colour temperatures?

What role does lumen play in LED lighting?

In short terms, lumen is the unit of the luminous flux. The number of lumens indicates the total amount of light emitted by a LED light source. The wattage no longer plays a role when we purchase LED lighting. Nowadays we look at the number of lumens. Remember: the higher the number of lumens, the brighter / more powerful the light will be. So there is a chance that the new LED bulb has a brighter light than you were used to before. When choosing the right LED bulb, it is important to consider what the purpose of the lighting is. Do you want to add extra atmosphere to a room or do you need a lot of light? We will tell you more about the number of lumens with LED lighting based on the examples below. 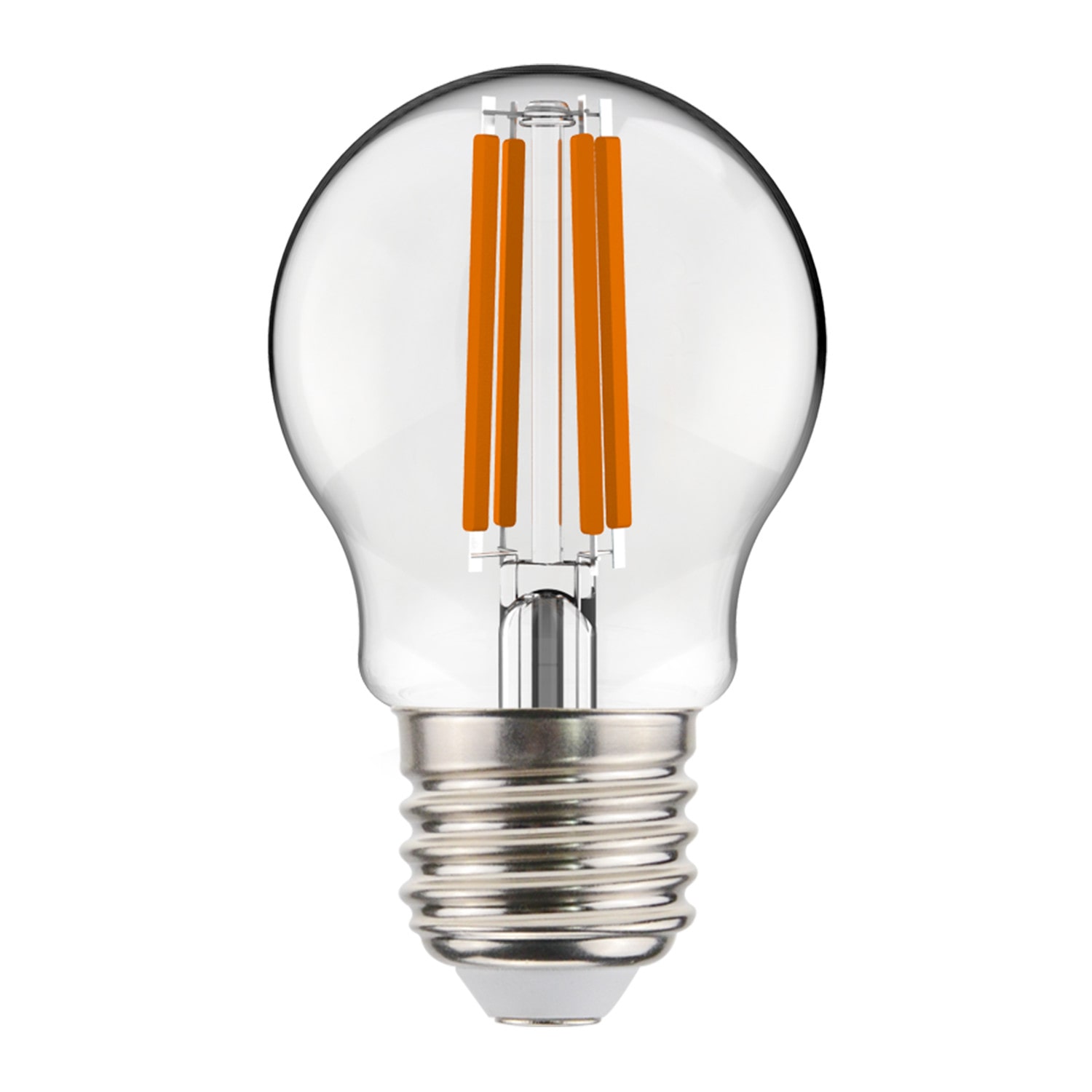 The following applies to most LED bulbs: the lower the colour temperature, the lower the number of lumens. Yet there are enough E27 and E14 LED bulbs with the colour temperature extra warm white (2700 Kelvin) that have a high light output. LED bulbs with a light output of 400 lumens or more already shine bright. As a desk bulb, LED lighting of 4000 Kelvin is best suited. An interesting fact: on average an ordinary light bulb shines 1,000 hours and a LED bulb 15,000! 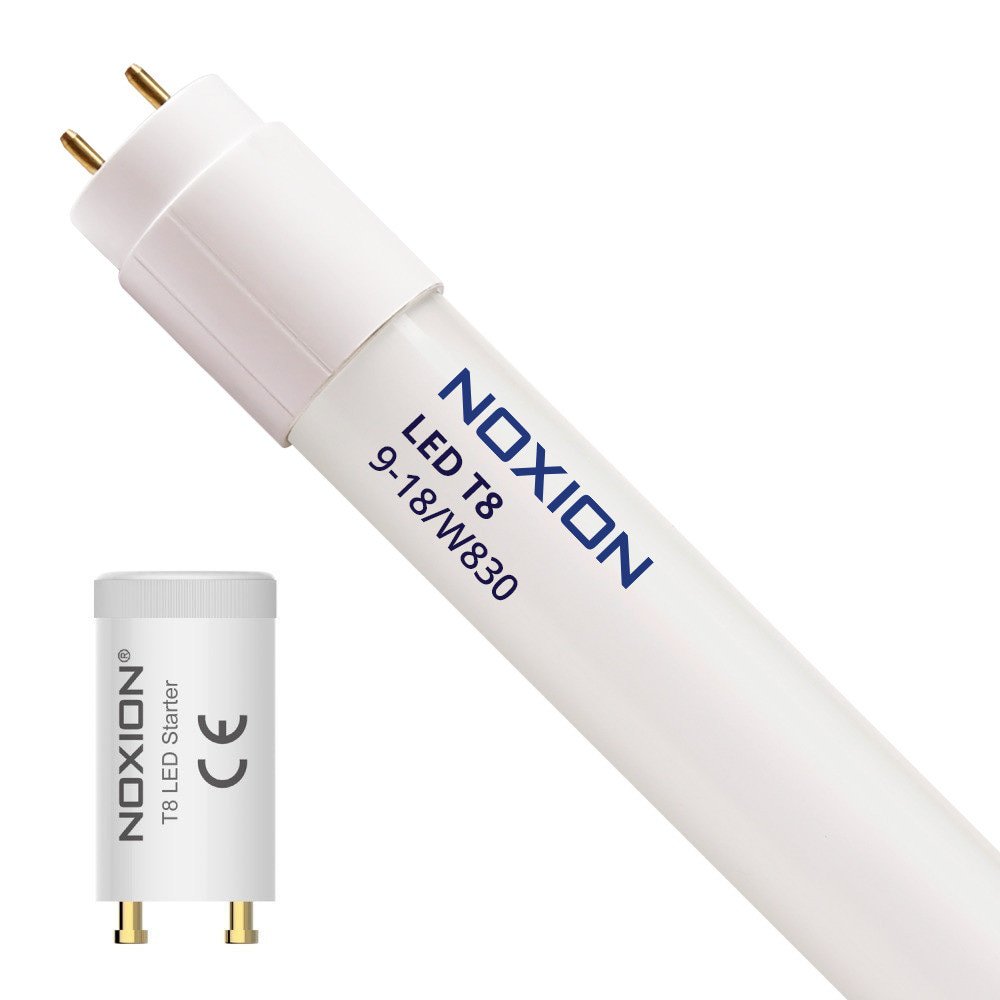 Everyone knows the conventional fluorescent tube. Now there is a variant available that handles its light capacity better and is much more economical; the LED Tube! Most LED Tubes have a considerable amount of lumens. That varies from 200 (low) to no less than 6000 (very high). Make sure that the number of lumens of a LED Tube matches the room you want to place it in. It's also good to know that you can save up to 70% on energy costs with LED fluorescent lighting! 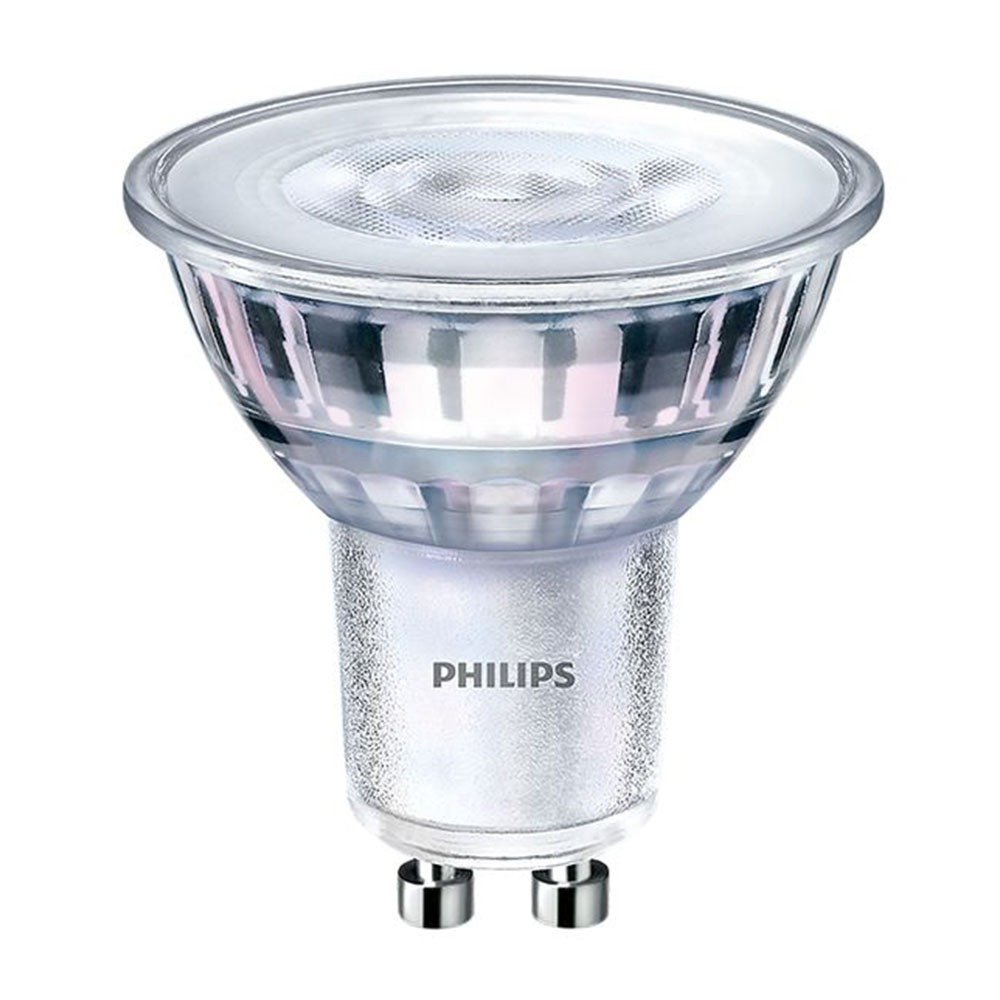 LED spotlight bulbs are available in various options at Any-Lamp. In terms of lumen, there are many options if we look at the well-known GU10 LED bulb or the GU5.3 LED bulb. This lighting is mainly used as accent lighting. Do you want a LED spot with a higher light output? Then choose a G53 LED bulb. Furthermore, the GU4 LED bulb is popular. This is mainly due to its compact size. Did you know that LED spots last up to 25 times longer as halogen lighting? 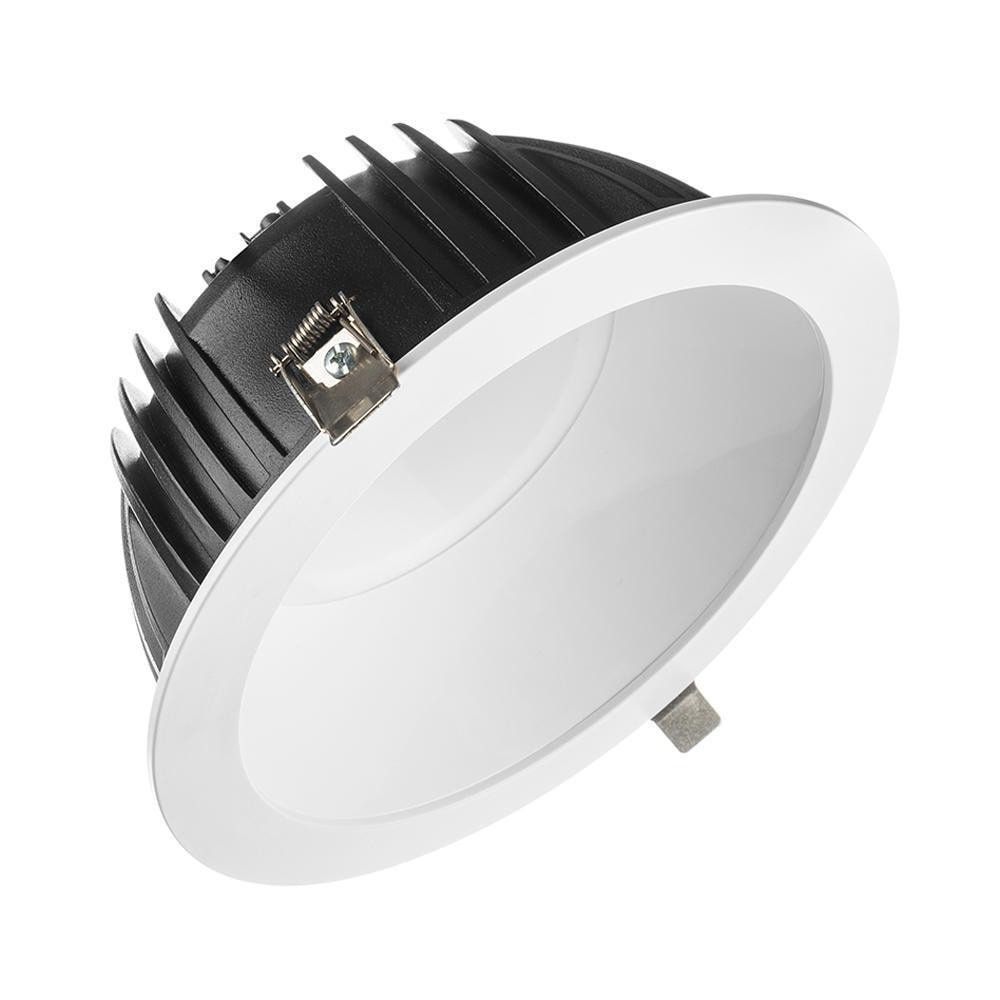 LED downlights are mounted into ceilings and have to divide their light capacity to a larger surface. Therefore, a higher light output is of higher importance for LED lighting. Any-Lamp is the right place to buy the most suitable LED downlights. We have top quality products available in various colour temperatures and different sizes.

A beam angle tells us something about the angle of the light beam that a light source emits. LED bulbs with a narrow beam angle (4 ° - 19 °) are particularly suitable as accent lighting and to put a spotlight on objects / products. 4000 Kelvin is a suitable colour temperature. LED bulbs with a medium beam angle (24 ° - 40 °) mainly serve as general lighting in homes, restaurants and retail. Hereby we recommend the light colour 2700 Kelvin. There is also a distinction between a wide beam angle (60 ° - 150 °) and a very wide beam angle (160 ° - 360 °). This is mainly reflected in larger spaces, such as an office, warehouse, canteen or shed. Depending on the room, it is best to choose 3000 Kelvin, 4000 Kelvin or 6500 Kelvin in terms of colour temperature. 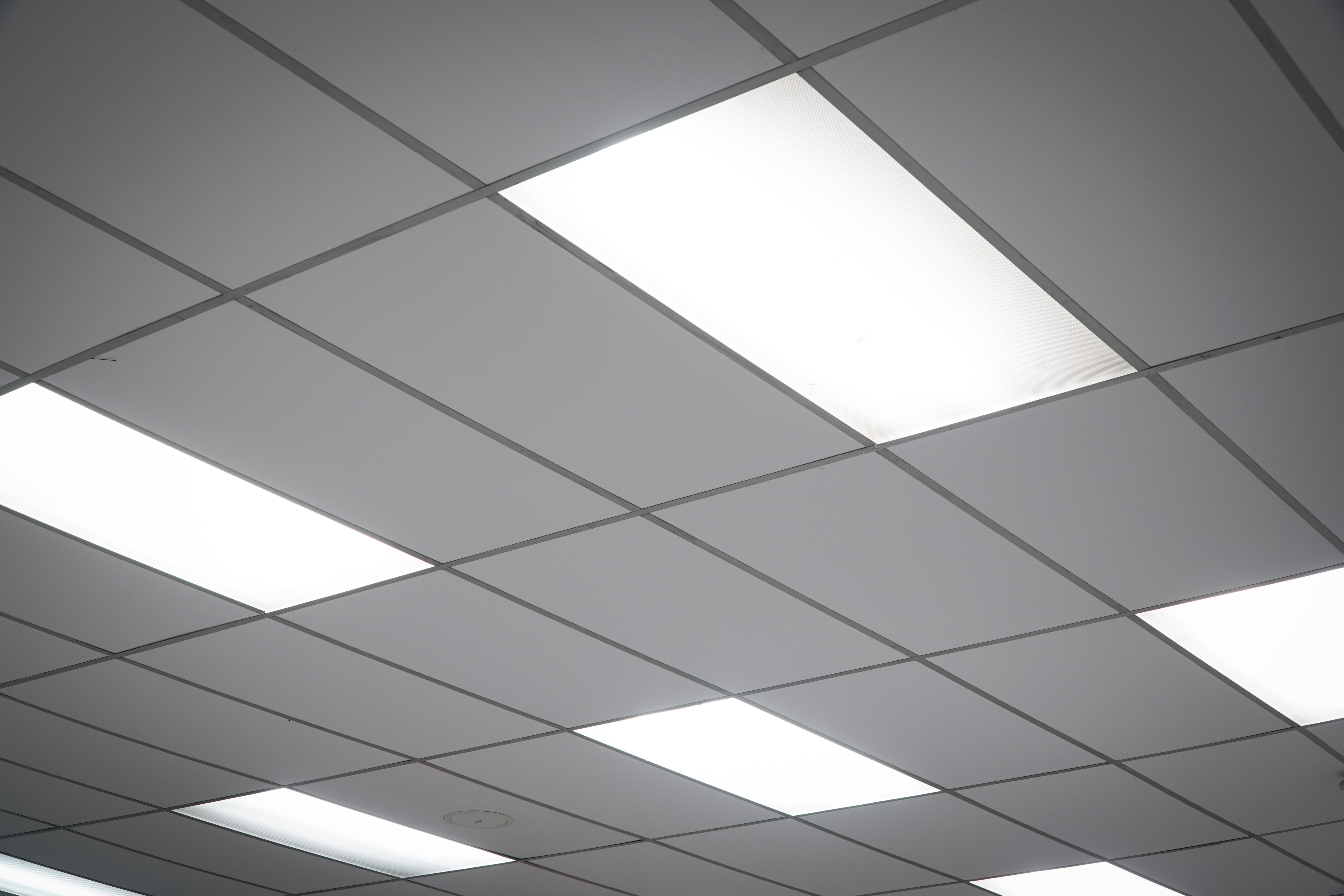 What is the relationship between the UGR value and colour temperature?

The UGR value indicates in which way a luminaire causes light nuisance in relation to a certain position of a user. In other words; when you look into the light of a LED panel for example, to what extent does this bother your eyes. Nowadays there are some European regulations regarding UGR values. For example, LED lighting in a school or office must always have a UGR <19 value, so that employees and students can perform their tasks as comfortably as possible. The UGR <15 value is better suited for more detailed work, such as making (technical) drawings. A UGR <22 value is enough for general areas. The UGR value is very important when choosing the right LED lighting.

What colour temperature should I choose for a LED panel?

LED panels are the most popular products with a UGR value. There are three options in terms of colour temperature. A LED panel with warm white light (3000 Kelvin) is most suitable for general areas, such as counters, foyers, reception areas, changing rooms and canteens. The UGR <22 value is sufficient for these areas. Cool white light (4000 Kelvin) is the best choice for schools and offices. This colour temperature increases focus and concentration and makes students and / or employees more productive. A 4000K LED panel is also suitable for warehouses, hairdressing salons, showrooms and kitchens. For those places, a UGR <19 value is sufficient. LED panels with daylight (6500 Kelvin) are mainly found in rooms where detailed work is being carried out. Think of an operating room, a dentist's treatment room, a laboratory or a workshop. In those situations we recommend the UGR <15 value. 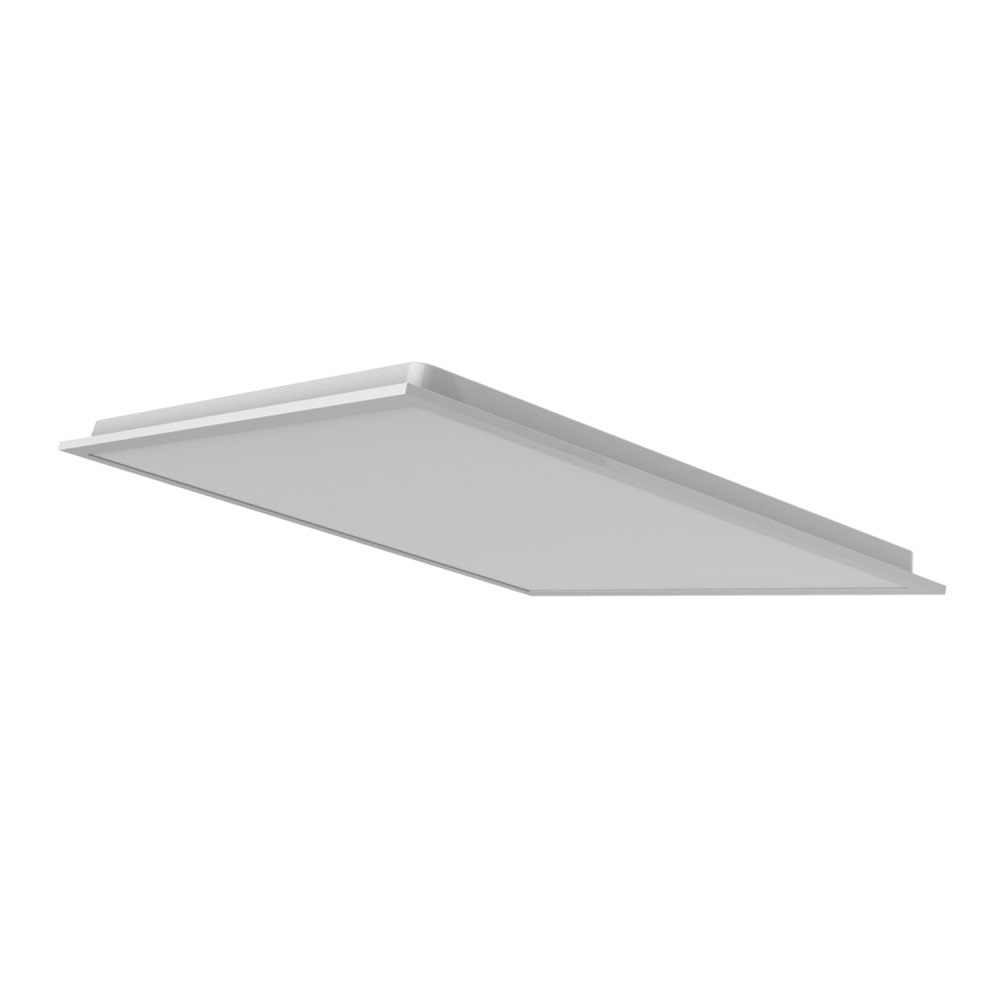 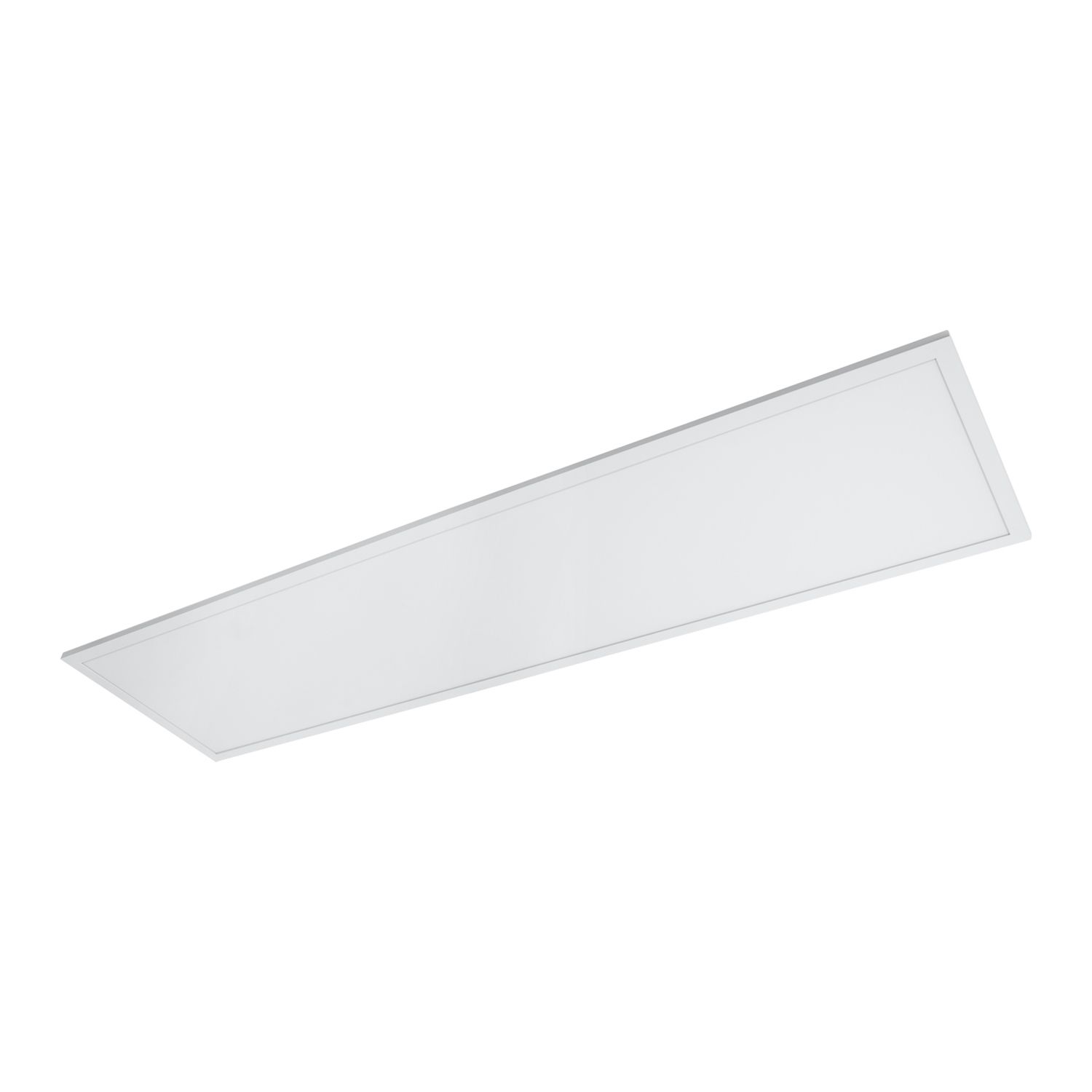 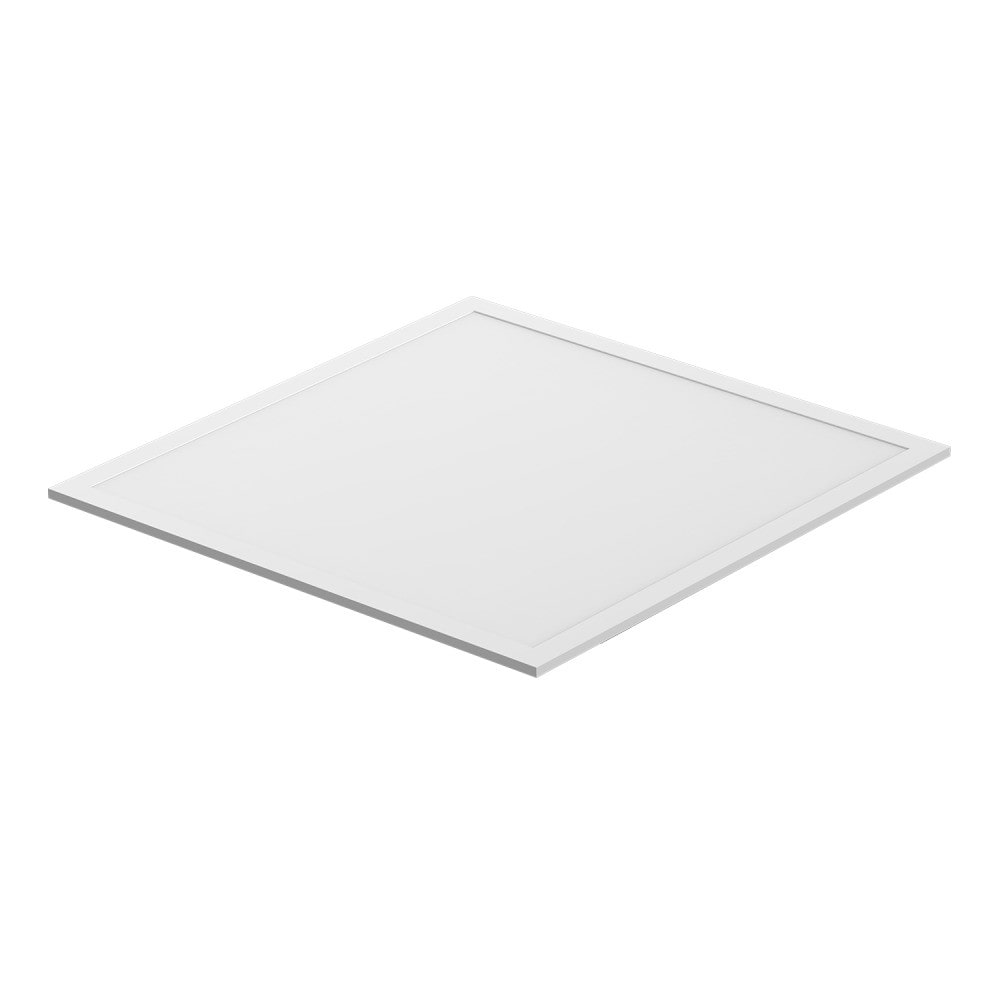